Due to the COVID-19 pandemic, please note that the territory is currently closed to tourism.

Whatever may be the reason for your stay - be it canoeing, kayaking, snowshoeing, Cree history and heritage, Cree culinary arts or Native Cree crafts - we are proud and happy to share our traditional customs with you.

Having always lived on these lands, the Cree have established a unique historical journey, heritage, culture and traditions. Less than a day’s drive from Montréal or Quebec, Oujé-Bougoumou is an easily accessible destination, with attractions far from the ordinary. 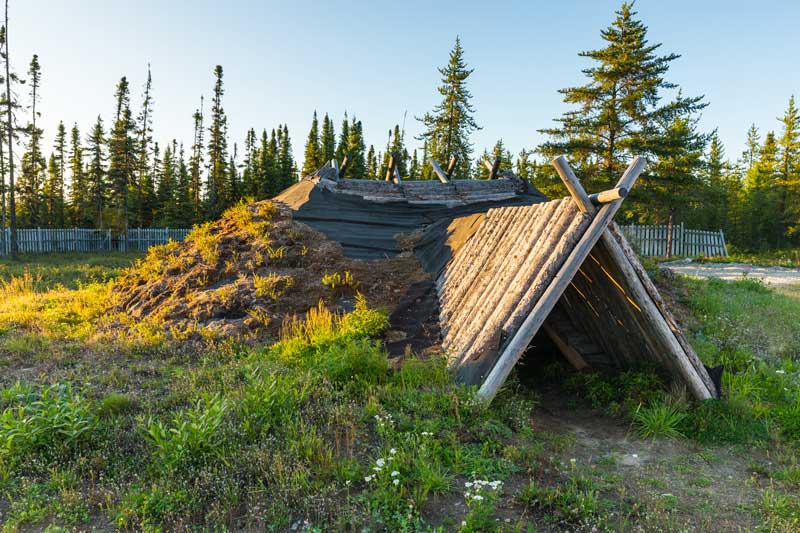 “For thousands of years, our identity has been shaped through our relationship with the land and the animals, as well as our relationships with one another. The challenge today is maintaining our Cree identity in an ever-changing world. Culture and identity are fundamental elements, making them part of our main concerns. The fast-paced rhythm of change and a great number of important projects have rattled and weakened our culture, affecting our identity.”

“The Cree language is very much alive and is spoken by the majority of our people.”
‍
The Plan Nord, from a Cree point of view, February 2011

The Crees have occupied Eeyou Istchee (meaning land of the people) in the northern Quebec Baie-James region for almost five thousand years. They live close to the rivers and lakes, on the southeastern end of the region. Our traditional way of life is based on hunting, fishing and trapping.
‍
As a nomadic hunting people - Ndooheenou - the Crees moved around according to the changing seasons and animal migrations. In the spring, goose hunting season (end of April to beginning of May) is one of the important traditional activities for the communities; it allows all families to reconnect with the nomadic way of life for two weeks. There is also a hunting season in the fall, during which coastal communities hunt for geese and inland communities hunt for moose. In the summer, fishing is in full swing in the region’s bays and estuaries. Towards the end of summer is the eagerly awaited time for berries and other small fruit picking. Other types of plants are also picked and used not only as food but as ingredients for medicinal remedies and tinctures.

Traditional foods are always honoured during community gatherings and cultural celebrations. These dishes have always been associated with a healthy lifestyle, not only because of the physical effort and time spent outdoors required for hunting with the family, but also due to the organic preparation, free of any processed ingredients.

One of the sacred traditions with Cree communities is the First Steps Ceremony, during which one-year-old children take their first steps outside the tipi. Girls wear traditional female garments, hold handcrafted wooden axes and carry branch bundles on their backs. Boys are dressed as hunters, with backpacks and firearms. Depending on the community, the child is led outside the tipi by their parents or another family member. Choosing the person who accompanies the child outside is an important decision, as this person will accompany the child throughout his/her life.

Although a few Cree may still make a living with trapping, hunting or fishing, life has changed significantly for hunters and trappers. The landscape has undergone enormous changes, initially due to the construction of roads and hydroelectric facilities, and, later, because of mining and forestry industries. These changes had an impact on the daily lives of the Cree Nation. Since the signing of the Convention de la Baie-James et du Nord québécois in 1975, the Cree way of life has changed drastically. The Cree Nation has become a political force, allowing its members to benefit from the aspects of modern life, particularly in terms of health, education, housing and the economy, all the while defending Cree traditions, the Cree language and community development.

“For thousands of years, we have lived off hunting, fishing and trapping. We are guided by values of respect and gratitude towards the Earth and all that it has to offer, towards our families and those who came before us and towards our Creator for all that we have received.
‍
What’s more, certain values have been, and remain, fundamental: courage, patience, sharing, and independence.”